iCloud vs. Skydrive vs. Google Drive

The Battle for The Heavens

I just finished watching the Apple presentation where Tim Cook and crew were touting the glory of all of their new products. This particular event featured the revised iMacs (lovely) as well as the introduction of the much anticipated iPad Mini.

Tim Cook (in the typical tech presentation kind of way) took a moment to talk about how you can be working on a document on one device - Put it down - And then continue on another device. I couldn't help but chuckle at how 'retro' this concept seemed already.

Five, even two years ago the concept of cloud documents, and cloud storage sounded like the definitive version of the future of computing. Because this has become a reality, when the big tech companies like Apple, Google, and now Microsoft speak at the most MODERN of events of such features, it sounds very... Obvious.

Google may have been the first to main stream this type of document behavior with it's Google Docs. It created a popular means by which you could edit and even collaborate on documents from multiple accounts, and multiple devices. I believe this was introduced in 2009, or 2010. (Romney fact checkers, please get on this...) Though Google may have many of the most advanced features in the cloud based sector, it's navigation structure leaves me feeling slightly lost. It's so close to windows style navigation, but places too much 'importance' on it's perception of what it thinks YOU think is 'important'.

Apple had been propping up the 'MobileMe' add on service for a number of years, but ultimately gave it up, or rather, upgraded it to become 'iCloud'. The aim of iCloud is simple. When I refer to it as simple I don't mean easy to use either. I basically mean it's simple, rudimentary and even crude. Though there has been minor improvements with the recent integration of notes, reminders, and email, iCloud still lacks the structure on clarity of Google Docs.

Microsoft has entered the game late. Thankfully in this business there is rarely such a thing as 'too late'. Preceding the release of Windows8, Microsoft was dabbling in the collaborative realm with their online office applications. They really took many features from the Google handbook and applied them to their ever popular Office world. With the subsequent release of Windows8, the Skydrive system was put into full effect to become the hub of the user's digital world. As with Apple's iCloud, Skydrive seems to lack the ability to navigate files, opting to do the deep thinking by way of apps that only open their appropriately matched file types.

Is this part of the broader plan to relieve us of our dependence on navigating files and folders?

What is missing from all of the players who seek to rule the digital heavens?

The ultimate compatibility and cross platform integration to make you feel like your using a product that does not belong to a brand, or limit you to a browsing behavior that seems unnatural.

One player, not mentioned above has the missing ingredient that could be added to make any of the above services the master contender for the cloud storage championship.

Dropbox is everywhere. iOS, Android, Windows. It is the external drive that never leaves your side, and never fails. Browse in the natural way across all platforms, as well as view your photos in device specific galleries. Along with the fluid and amazing compatibility, when coupled with a smart phone, Dropbox allows for automatic uploads of your photos to make them accessible from all of your devices.


Using dropbox and having the earlier mentioned ability to 'have your data instantly available' have made these proclamations by the major powers seem just a little late. As stated though, it's never too late to get on board. It just happens to leave a bit of a smirk on my face to hear them play catch up, while playing it up as if it's their own fresh creation. 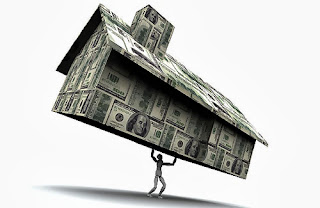